Do e-cigarettes make it harder to stop smoking? 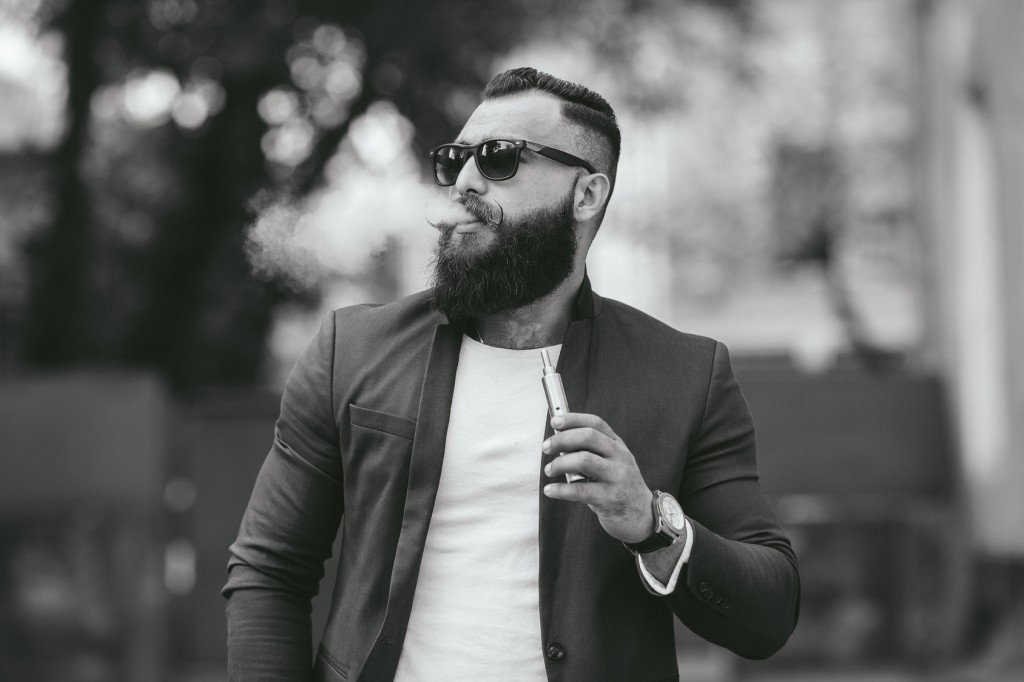 E-cigarettes are a controversial subject – is it really giving up?

This is an interesting article that looks at the positive and negative aspects of replacing smoking with e-cigarettes. Whilst the scientific research is still being carried out on the health aspects of e-cigarettes (popcorn-lung may be a symptom), my personal experience of working within the realms of people wanting to give up smoking, I tend to see ex-smokers using e-cigarettes as a crutch (albeit a safer one) to ‘help’ the get through other areas of their life that they are struggling with. If you deal with those areas then the ‘crutch’ is unnecessary and you are free of all vices.

If you want to give up then give me a call for my special offer for February of only £99.

People trying to give up smoking often use e-cigarettes to help wean themselves off tobacco. Most experts think they are safer than cigarettes but a surprising paper was published recently – it suggests that people who use e-cigarettes are less successful at giving up smoking than those who don’t.

The story was reported on many other websites around the world, including CBS: “Study: E-cigarettes don’t help smokers quit,” it said.

The study causing the fuss was written by researchers at the Center for Tobacco Control Research and Education at the University of California, and published in one of the Lancet’s sister journals, Lancet Respiratory Medicine.

It is a meta-analysis, which means the authors reviewed the academic literature already available on the topic. They sifted out the weaker papers – ones that didn’t have control groups, for example – and were left with 20.

The conclusion? Smokers who use e-cigarettes have a 28% lower chance of quitting than smokers who don’t use them, according to Prof Stanton Glantz, one of the authors.

But while the conclusion is surprising, so is the number of academics who have criticised the paper.

One was Ann McNeill, professor of tobacco addiction at Kings College London, whose own research is included in Glantz’s analysis.

“This review is not scientific,” she wrote on theScience Media Centre website.

“The information… about two studies that I co-authored is either inaccurate or misleading… I believe the findings should therefore be dismissed.

“I am concerned at the huge damage this publication may have – many more smokers may continue smoking and die if they take from this piece of work that all evidence suggests e-cigarettes do not help you quit smoking; that is not the case.”

The critics are making three main points. First, the definition of e-cigarettes is a bit loose. There are many different types – some look like cigarettes, others have tanks for the vaping liquid, some are disposable and other are multi-use. They all deliver different doses of nicotine. Many of the papers included in the analysis don’t specify which type people are using, according to Linda Bauld, professor of health policy at the University of Stirling.

Another point is that the studies vary in the way they measure how often people use e-cigarettes. “Some only assessed whether a person had ever tried an e-cigarette or if they had tried one recently, not whether they were using it regularly or frequently,” Bauld says.

Even the paper’s author admits it’s possible that in some of the studies e-cigarettes may only have been used once, which he says would not be a good predictor of whether they had affected people’s ability to stop smoking.

And there is another problem. You might expect, if you were going to draw conclusions about how useful e-cigarettes are in helping people quit, to focus on studies looking at people who are trying to give up.

Prof Robert West, who heads a team at University College London researching ways to help people stop smoking, says this analysis mashed together some very different studies – only some of which include people using e-cigarettes to help them quit.

“To mix them in with studies where you’ve got people using an e-cigarette and are not particularly trying to stop smoking is mixing apples and oranges,” he says.

Some of the studies track smokers who use e-cigarettes for other reasons – perhaps because smoking a cigarette in a bar or an office is illegal and they want a nicotine hit.

“With the studies where people are using electronic cigarettes specifically in a quit attempt the evidence is consistent,” says West, referring to two randomised control trials.

Both are quite small and one was funded by the e-cigarette industry. They took two groups of smokers, and gave one real e-cigarettes, and the other a placebo. The studies reach a broadly similar conclusion to a large, real-world study called the Smoking Toolkit run by West.

West’s investigation follows people in their daily lives and assesses how successful various methods of giving up smoking are – this includes nicotine patches, medicines and going cold turkey.

These studies suggest that people using e-cigarettes to help them quit are 50% to 100% more successful than those who use no aids at all.

In his paper, Glantz acknowledges there are limitations to the research that he analysed. He agrees there are problems with the way the use of e-cigarettes is measured and accepts it’s not clear which devices people are using. But he is sticking by his analysis because he believes he has taken these factors into account.

The editor of Lancet Respiratory Medicine, Emma Grainger, defends the article too. She says she does not see a problem with the paper and that it has been through the normal peer-review process.