Below is a great article on a writers experience with hypnotherapy and what she got from it. Within Solution-focused Hypnotherapy that I use within my practice, the sessions are similar albeit with a lighter and more fun approach (remember, the ultimate goal is to have a happier life so we allow the sessions to flow into all and any aspects of your life) and consequently we develop a much more rounded life and balance. Nevertheless, the results are similar and truly life-changing.
If this is of interest to you the contact me to arrange a free consultation and create positive change in your life too.
Comment by Mark Jones Hypnotherapy 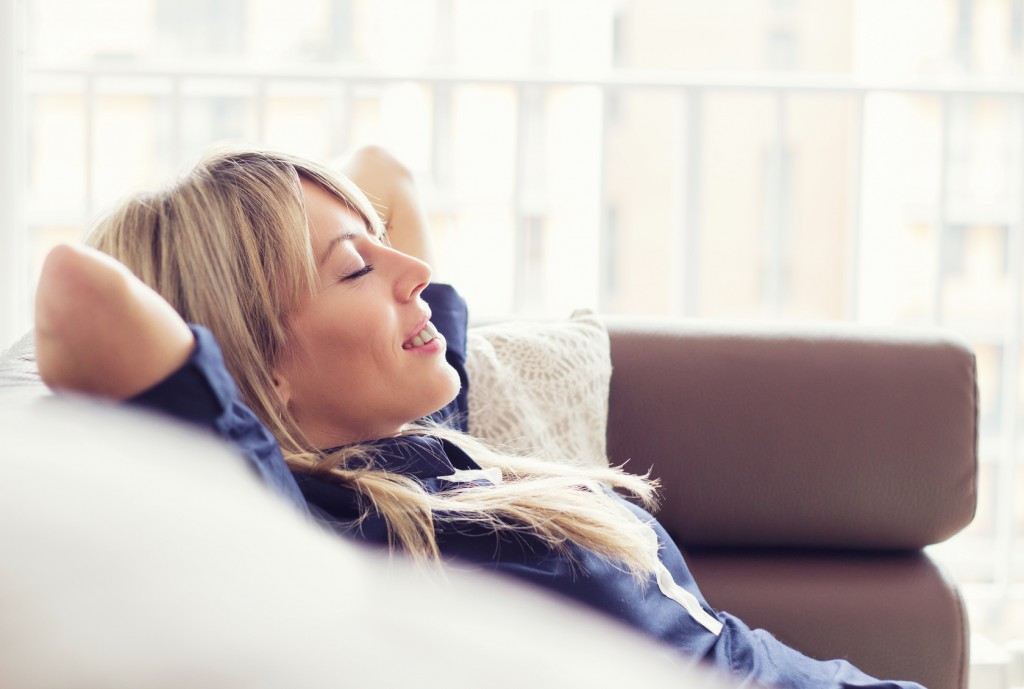 Everyone gets stuck sometimes. I regularly get emails from people who feel as though they’ve hit a wall, whether it’s in the intuitive eating process, in eating disorder recovery, or just in attempting to change their food and fitness behaviors. Because I get stuck all the time myself, I’ve learned that there’s a common-denominator issue underneath all these other issues: body acceptance. Yes, there are myriad triggers and causes behind our individual histories, but the bottom line is that, unless you can find a way to accept (even if you don’t like) your body, it is virtually impossible to change the way you feed and move it. So, when I get stuck, I know the way out begins with rolling up my sleeves and jump-starting the ol’ body-image engine.

This fall, finding myself in need of a good jump-start, I decided to try something new and slightly scary: hypnotherapy.

Hypnosis has been dogged by controversy and myths ever since 18th-century doctor Franz Mesmer first began using it to treat patients (first in private, then on stage). But the truth is that the hypnotic state is totally natural and requires no trickery. You know that almost-asleep phase you hit right before nodding off? Or when you find yourself driving down the highway on autopilot? That’s it. In this state, your mind is at its most suggestible, but you’re in no way unconscious. The magic of hypnosis is that it allows suggestions to cross the barrier between conscious and sub-conscious, rooting them deeply into your mind.

“Essentially, hypnosis works by shifting negative beliefs about ourselves at the subconscious level,” says Theresa Walker, C.Ht., the hypnotherapist I began working with in September. Because it’s such a powerful tool for changing behavior and thought patterns, hypnotherapy is often used for things like quitting smoking, managing anxiety and compulsions, improving concentration, etc. Walker is particularly invested in body image work, since changing self-perception is such an enormous challenge for so many people.

“What I’ve learned is that it’s usually a call for a strengthening of self-worth,” she says. “I always start by becoming clear on what my client’s definition of improved body image and self-acceptance would mean for them, because it’s different for everyone.” Then, once Walker and a client have clearly defined their goals, Walker introduces those ideas during hypnosis, planting them in the fertile ground of subconsciousness. “The change starts first within the mind,” concludes Walker, “and ultimately manifests in conscious, awake life.”

That’s my kind of magic.

I did my first session with Walker in her Los Angeles office, where she walked me through a series of suggestibility tests — noting that, while everyone can be hypnotized, we all have different ways of taking in information. The fact that she made hypnosis sound not unlike those “learning style” tests from elementary school was oddly comforting. (I’d been looking forward to this for weeks, but upon entering this cozy, quiet room, I found myself suddenly nervous.)

Next, we got into goals.

I now realize how absurd my expectations were, but I kind of thought Walker would just have the magic words to address my personal sense of self-perception and reinforce my specific body-image goals. But though she is highly trained and experienced, she couldn’t literallypop open my mind and look around. I’d have to actually do some of the work. A lot, in fact.

IT FORCES YOU TO GET SPECIFIC ABOUT THE ISSUE YOU WANT TO ADDRESS AND REALLY ENVISION WHAT SUCCESS WOULD LOOK LIKE.

This is what’s so great (and so annoying) about hypnotherapy — about all therapy, but much more so in this particular process. It forces you to get specific about the issue you want to address and really envision what success would look like. I started by launching into my general history, but with each query, Walker led me deeper into the details. What is it I don’t like about my body — or that specific body part? What is it about my stomach I don’t like? When and how do I criticize my stomach? What does that critical voice say? Whose voice does it sound like? How would I like to feel about my stomach? No really, what are the words?

Once we’d mapped out my suggestibility, overall goals, and specifics to focus on in that first session, Walker eased me into hypnosis. I quickly understood what Walker had meant when she described hypnotherapy as “a permission-given” therapy. “The truth is, when you are in hypnosis, you’re in control the entire time. You will never do or say anything you don’t want to,” says Walker. “Everyone has the ability to be hypnotized — but it is a willing state. You have to allow it.”

I was still nervous, but having talked to Walker for over an hour, I felt comfortable enough to allow myself to ease into that not-quite-sleeping state of relaxation, guided by her voice and instructions. It was both strange and totally comfortable, like being in a deep dream state, yet simultaneously aware that you’re sitting in a chair, in an office, on a Tuesday afternoon.

The session began with a simple visualization of walking down a path in a peaceful environment (the details of which Walker directed me to select to suit my preference). She wove in the language and intentions we’d discussed, anchoring them in symbolic visuals and actions for me to take within the scene. There were bonfires into which I threw old, unnecessary behaviors, and a glass full of liquid self-assurance or something. As with a dream, it was difficult to recall the details after I “woke up.” But the feeling of calm and clarity resonated in me for days.

FUNNY THAT DIVING SO DEEP INTO MY OWN HEAD IS WHAT HELPED ME GET OUT OF IT.

Have you ever said something to yourself aloud, just before sleep, in an effort to remember it in the morning? I do that trick sometimes, saying, “laptop” or “phone charger” to myself, and, upon waking, the thought pops up instantly, as if I’d left it on my bedside table. That’s what it was like after my first hypnotherapy session, and each of the sessions that followed.

Looking in the mirror, I’d think, Oh right, I accept and appreciate myself, just as I am in this moment. It wasn’t as if I had instant, totally positive body image after one session (or even after six). But the habits and thought patterns I consciously strived to ingrain in my mind were made more accessible. Though these moments of self-acceptance weren’t totally automatic, all of a sudden they weren’t as much of a stretch, either.

I did the rest of my sessions with Walker back in New York, via Skype. I was surprised to find that falling into hypnosis was even easier via this medium, perhaps because I could do it while in the comfort of my own home (and sweatpants). What was not surprising was just how many other subjects arose during our sessions. After all, body image is interlocked with so many other personal issues: stress, relationships, childhood, parents. When one of those emotional minefields got tweaked, I could immediately see the aftershocks rippling through my perception of my body. And with each hypnotherapy session, Walker helped me to take a closer look at all those areas, too. But no matter what we worked on, I always left a session feeling more clear and grounded in myself. Funny that diving so deep into my own head is what helped me get out of it.

It was as if my mental path had been swept clean of those needless, nagging thoughts and patterns I kept getting stuck on. Each time I came out of hypnosis, I found that I could move more easily and see where I needed to go.

Hypnotherapy isn’t a spell that makes everything better with a few magic words. It’s a process that teaches you to find your own magic words — and remember them. It’s not a party trick; no one’s going to make you run around barking and acting like a dog. If anything, hypnotherapy is a tool that lets you be yourself, achieve your goals, and free yourself from all the old nonsense that’s keeping you stuck.

Maybe it sounds like a shortcut — and maybe it is. But, really, what’s so wrong with a shortcut when you know exactly where it is you want to go?